Constitutional Court ruling on the acceleration of nuclear phase-out in Germany: energy companies are entitled to "appropriate" compensation


Today, the German Federal Constitutional Court released its decision in a case opposing the German government to the three energy companies E.ON, RWE and Vattenfall, and related to compensation for the rapid phase-out of nuclear energy in Germany. 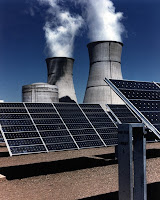 The Court concluded that the amendments made to the Atomic Energy Act following the decision by the German authorities in 2011 to accelerate the nuclear phase-out after the accident in Fukushima did not infringe the right to property of the three companies. However, the Court ruled that those companies were entitled to a "reasonable" compensation for the loss they suffered. The German Parliament has until 30 June 2018 to amend the Atomic Energy Act accordingly and the government must reach an agreement on compensation with the three companies.

As argued in my analysis below, even if this case remains a German domestic case, it teaches us some important lessons on the legal requirements for a smooth energy transition.

1. Case bakground: Fukushima and the decision to accelerate the nuclear phase-out in Germany


Following the 2011 nuclear accident in Fukushima, Japan, the German government decided to phase out all nuclear plants in Germany by 2022 at a higher pace that previously agreed.

Indeed, the decision to phase-out nuclear energy was taken in the 2002 Phase-Out Amendment Act (Ausstiegsnovelle). Under that Act, the nuclear plants were allocated so-called residual electricity volumes (sort of quotas), which were transferable to newer nuclear power plants. Once the residual volumes were utilised, the plant had to be shut down. After the 2009 election, the decision was taken to continue using nuclear as a "bridge technology" in the process of transitioning towards a low carbon society relying more extensively on renewables. This resulted in the 11th Amendment to the Atomic Energy Act of 31 July 2011 which granted nuclear power plants additional residual electricity volumes for a period of 12 years in average.


In 2011, as a direct reaction to Fukushima accident, the German government took the decision to: 1/ define fixed end-dates for the operation of nuclear power plants; and 2/not to extend the lifetime of the plants as previously adopted. The additional residual electricity volumes were consequently struck. The eight oldest nuclear plants were shut down almost immediately in 2011, while nine others must halt all operations by 2022.


2. 1 Interferences with property rights, but no expropriation

The first main claim made by the energy companies relates to the limits put to their property rights. It is clear that the power plants in themselves and the property interests related to them (shares, profits, etc.) constitute property. The Court agrees that the 13th AtG Amendment interfers with the property interests of the complainants in several respects and goes beyond the terms for the phase-out enacted in 2002. In the same time, the permit to construct or operate a plant, or the authorisation to produce electricity, cannot be considered as property rights in themselves. The residual electricity volumes are "not subject to independent protection" either, but they "benefit from the constitutional protection of property" given in the German Basic Law (Art. 14 GG). The Court concludes that the 13th AtG Amendment do not result in the expropriartion of the complainants' property rights reffered to above. The Court develops an argumentation line around the non-existence of expropriation as such, and discusses the concept of expropriation in the situation where there is no transfer of ownership to the state or third beneficiary (no element of acquisitaion of goods) as a consequence of the 13th AtG Amendment. The Court concludes that the complainants are not deprived from their propery rights, but the Amendment provides for the determination of the content and limits of their propery.


Determining the content and the limits of property by law is constitutional concludes the Court, but it must comply with the principles of proportionality, legitimate expectation and equality. "In determining the content and limits of property, the legislature must find a fair balance between the owner's interests worthy of protection and the Public good", says the Court (para. 4.a). It follows that the Court assesses the measure under those three principles and went to conclude that they are all fulfilled.


2.2 Companies are entitled to "appropriate compensation"


While the Court rejects the first claim, it nevertheless finds that the operators were entitled to "appropriate" compensation". The 13th AtG Amendment should have provided for transitional periods, compensation clauses or other settlement provisions. This is due to the fact that "the fundamental right to property can, under certain conditions, provide protection in cases (of) "frustrated investments"." In such situation, and in normal circumstances, the legislation defining the content and limit to property, must provide for rules on whether and how a settlement should be reached with the parties affected.


Consequently, the Court concludes that:

"the 13th AtG Amendnment is unconstitutional insofar as it does not provide for any settlement with regard to frustrated investments which were undertaken in the short period of time between the Bundestag resolution on the 11th AtG Amednment on 8 December 2010 and the notice from the Federal Ministry for the Environment... of 16 March 2011 on the Nuclear Energy Moratorium." (para. 4 (e)(bb))

It is also forth noting the following ground:

"The power plant operators were entitled to feel encouraged to undertake investments in their plants and did not have to expect that within the same legislative period, the legislative would again distance itself from its fundamental decision in energy policy matters. Even the paramount public interest grounds for an accelerated nuclear phase-out cannot absolve the legislature of the consequences of those investments undertaken in the short period of validity of the 11th AtG Amednment and in the legitimate expectation that the legislature itself had brought about with view of the prolongation of the operational lifetimes."

2.3 Enforcing the judgment: amending the legislation and compensating companies


First, the Federal Court gave the Parliament until 30 June 2018 to amend the legislation and make it conform to the Constitutional rules.


Second, the government and the three energy companies must find an compensation arrangement. This could be settled between themselves through negotiations or by a court. The Court did not specify which level of compensation will be appropriate or on which criteria it should be calculated.


It is apparently unlikely that the parties refer the decision to the European Court of Human Rights for a further interpretation of the right to property, but this cannot be totally excluded.


3. Analysis: On the need to ensure a smooth energy transition.


This case is and remains a domestic case, related to the conformity of a legislative provision to German constitutional law. Meanwhile, there are different lessons to learn from it and several parallels to draw.


3.1 A symptomatic case of the energy transition process


First, the decision is symptomatic of the energy transition.


Many countries have been operating different mechanisms in order to promote and accelerate the transition from an energy mix based on fossil fuels towards one with a high share of renewable energy sources.


Germany is one of the countries which have conducted the most pro-active and agressive policies in the matter. It is therefore not surprising that the case occured in Germany.


The decision reached by the German Court will probably make other countries reflect on the speed of the reforms and their nature.


It is also worth mentionning the recently released Energy Winter Package by the European Commission on 30 November 2016 (Clean Energy for Alle Europeans, see link here). The Winter Package aims at setting the conditions for a smooth energy transition. Therefore, it tries to balance incentive measures (e.g., full opening of the support schemes for renewables to other Member States) and protective measures (e.g., national capacity mechanisms).


In the recast of the Renewable Energy Directive, the Commission proposes to insert an article on investment protection. Although it applies to support schemes for renewables, it reflects this same fear that investors have regarding fast changing regularoty conditions. This is also related to recent cases of retroactive changes to support schemes in several European countries, like Spain (see previous post on the arbitration ruling)


Finally, when it comes to the progressive phase-out of fossil fuels, the European legislation already contains financial accompanying measures, including for phasing-out of nuclear plants in Eastern Europe or the close-down of coal mines (e.g. in Spain or the UK). The objective is here, and again, to ensure a smooth transition.


3.3 Risks entailed by nuclear energy as an argument: troubles for France?


Nuclear energy is different than fossil fuels. It does not emit greenhouse emissions as fossil fuels do, which make it an attractive climate mitigation measure. However, the scope of the consequences in case of accident are far more important.


One of the arguments raised by the German government in the Court case was the risks related to nuclear energy, and the need to terminate this form of electricity generation. On the contrary, the claimants argued that the Fukushima incident did not increase the risks entailed by nuclear energy in itself, and that the risks are well-known and monitored.


Interestingly, in its decision, the German Court comments lengthly the environmental and safety objectives justifying the decision by the German government to accelerate the nuclear phase-out. It notes in particular that:

"The legislature is pursuing a legitiamte regulatory objective in accelerating the nuclear phase-out with the underlying intent of thus minimising, in time and scope, the residual risk associated with nuclear energy, and thereby protecting the life and health of the people as well as the natural foundations of life. The setting down of fixed shut-down dates and the striking of the residual electricity volumes allocated in 2010 are also suitable means for ensuring that the final termination of the use of nuclear power is reached faster than it would have been under the previous legal situation." (para.4(c))

"... the public interests (life and health of the people, protection of the natural foundations of life) pursued by the 12th AtG Amednment are of high value and... carry great weight. .. In doing so, a very considerable risk reduction is achieved." (para.4(d))

This part of the judgment may bring out some serious questions to politicians in countries currently operating nuclear facilities and facing nuclear safety issues due to ageing plants. A stricking example is France, which has just experienced critical safety issues at several at its nuclear plants in November 2016 and had to rely on imports, with direct negative effects on electricity prices.


3.4 The Swiss referendum not to speed-up Nuclear phase-out


Finally, and as far as "speed" is concerned, the Court decision may confort the Swiss population in their decision on 27 November 2016 not to phase out nuclear energy plants more quickly than originally scheduled. A majority of 55% voted against the initiative submitted to referendum.

Connect to my LinkedIn profile.

Interested in getting the monthly Newsletter? Send an email to this address.

Search the Cristin data base (UiO).

Search the SSRN data base.